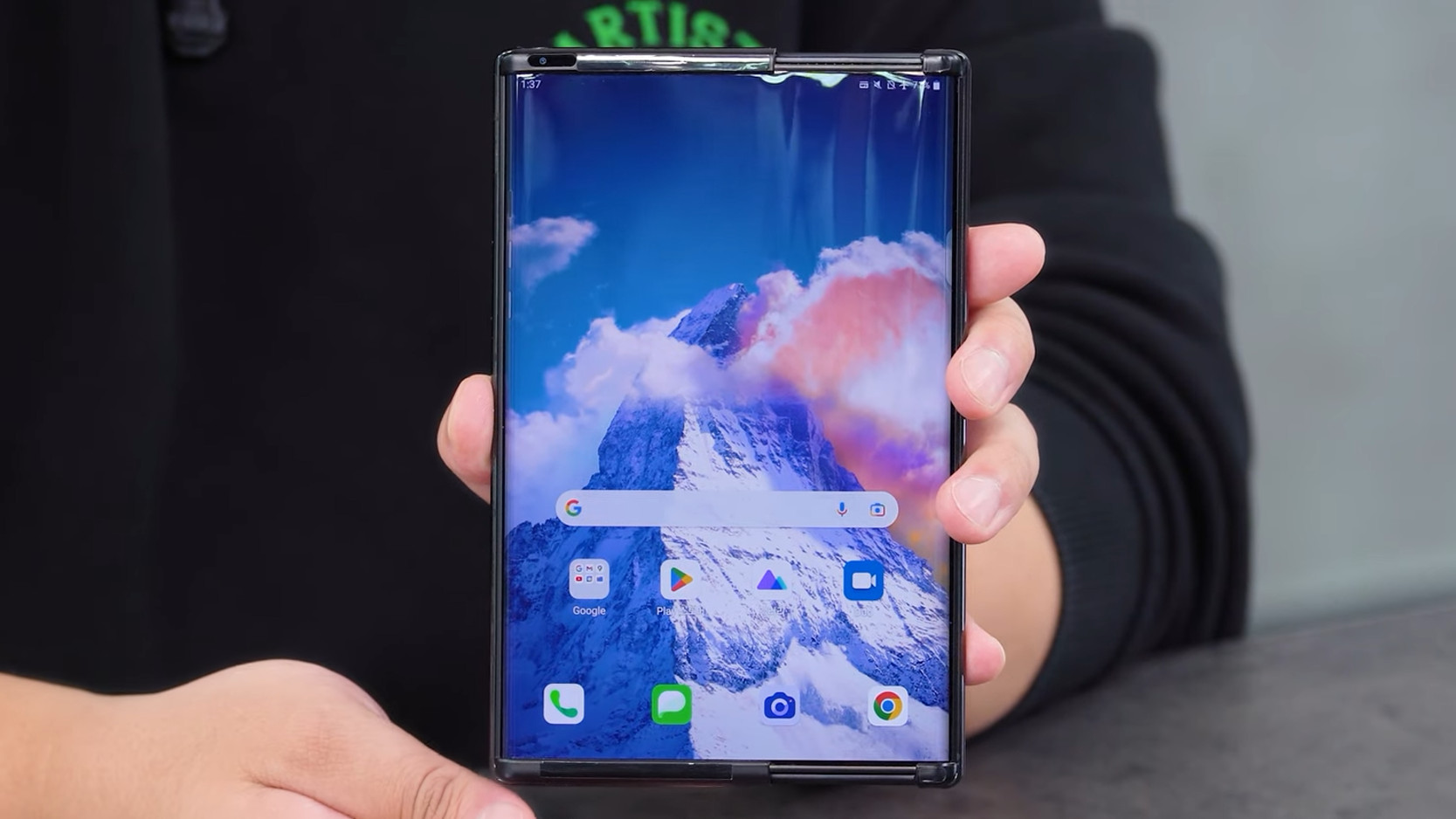 LG exited the smartphone business last year, bringing an end to an impressive run of mobile releases. The company was also forced to cancel its rollable phone, which it had teased in late 2020 and early 2021.

We’ve already heard that LG was selling these rollable phones to employees, but a device has now made its way into a Korean YouTuber’s hands for review. Bulls Lab was able to loan a unit from a subscriber and put the device through its paces.

The LG Rollable comes in a rather cool package, for one, as opening the box reflects the sliding/rollable nature of the display. Otherwise, you’re also getting a charger in the box, which is more than can be said for flagship devices from Apple, Google, and Samsung.

As for the rollable screen itself? Well, Bulls Lab noted that the plastic OLED screen was 6.8-inches in size and rolled out to 7.4-inches (1.5:1 aspect ratio). The display can be rolled out by either a lateral swipe from left to right or via an edge panel menu.

We even see the reviewer placing a stack of three books next to the phone, then extending the display. And yes, the screen extends just fine while being able to push the books aside. Fortunately, LG’s display retracts and displays a warning when you try to extend the screen but you’re holding it too tightly.

The LG Rollable screen is fascinating, but it’s not without issues such as glare and wrinkles.

Bulls Lab also notes that there is some noise and vibration when expanding or retracting the display due to the motor. Fortunately, it doesn’t seem like a big deal and the noise seems limited to the whirring you’d expect from a mechanism like this.

We’ve seen foldable phone screens make a few compromises to achieve the foldable design in the first place and the LG Rollable panel seems no different. The reviewer also showed off wrinkles on the screen in bright light, and it also seems like glare is a major issue. However, the reviewer seems to suggest that the panel is fine for a first-generation effort.

The screen rollout is also accompanied by a neat wallpaper effect, and there are several wallpapers to choose from that take the rollout into account. This brings to mind Samsung’s wallpapers for the Galaxy foldables.

What else should you know about the LG Rollable?

Another interesting feature is that you have a secondary rear display when the phone’s screen is retracted (presumably using part of the rollable panel). This allows you to access widgets and see other info when the phone is face-down — although I can’t imagine you wanting to put this phone face-down in the first place due to the plastic screen. You can also use the rear cameras in conjunction with this display for higher quality selfies or so your subject can see themselves.

There are a few other quirks to be had with the LG Rollable phone though, such as the USB-C port being on the bottom-left of the phone and capacitive volume buttons being used in lieu of physical keys. We even see the SIM slot being hidden in the camera bar and only being accessible when the screen is extended. Toss in a rear fingerprint scanner and you’ve got a phone that’s markedly different in plenty of other ways.

What do you think of the LG Rollable?

In terms of specs, you should expect a Snapdragon 888 chipset, 12GB of RAM, 256GB of storage, a 64MP+12MP dual rear camera system, and a 4,500mAh battery. There’s also a selfie camera hidden in the top frame of the device, although this apparently weighs in at just 2.8MP. The rollable design does come at the cost of weight too. The LG Rollable weighs in at 285 grams compared to the Galaxy Z Fold 4‘s 263 grams.

Nevertheless, it’s a real shame this device didn’t get a commercial release as it would’ve been an interesting alternative to foldable phones. We’ll just have to wait for the likes of Oppo to potentially release a commercial version of its X 2021 concept phone instead.