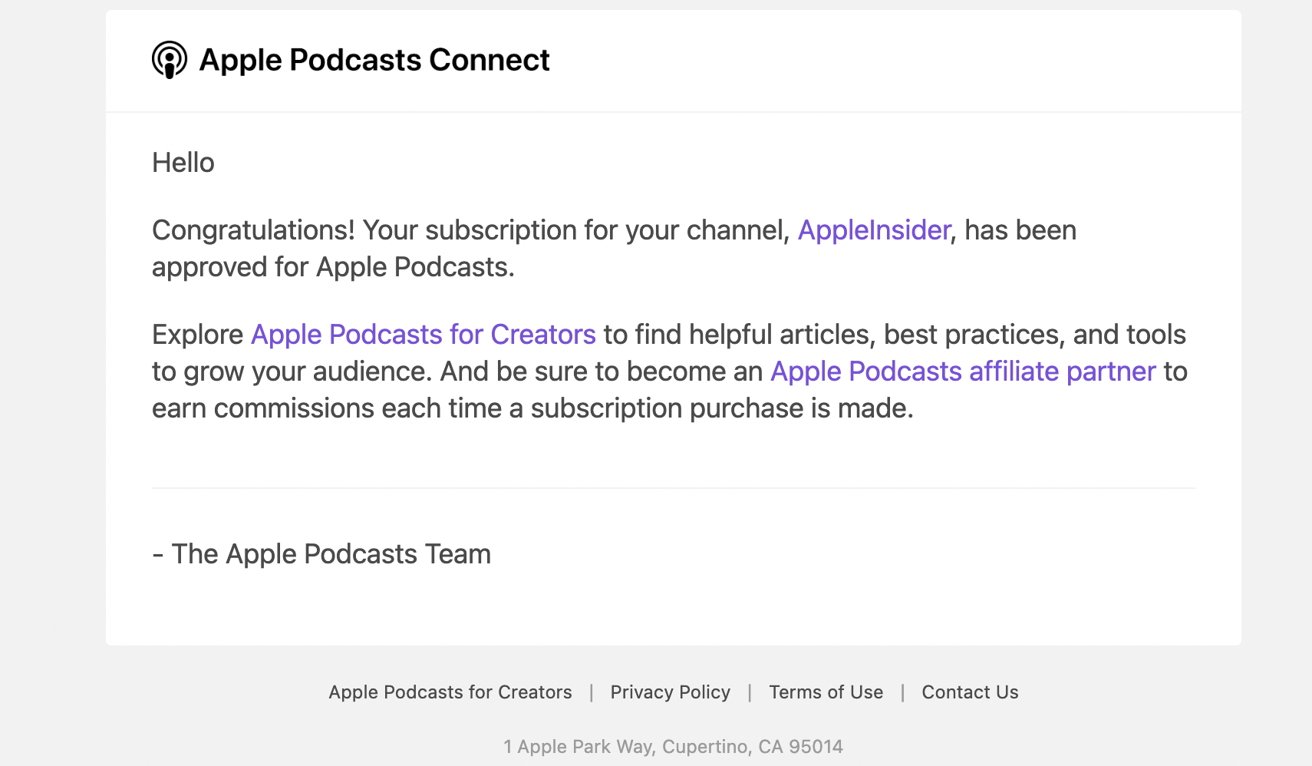 Apple Podcasts Connect has sent unusual emails out to long-running podcasts, congratulating creators for show additions, and for approval for subscriptions — despite being live for over a decade.

Emails were dispatched to podcast owners via the Apple Podcasts Connect portal on Tuesday. In every case, they told podcasters of approvals on Apple’s side that already occurred.

The editorial team of AppleInsider have received multiple emails from Apple Podcasts Connect about the AppleInsider podcast. This isn’t just limited to AppleInsider, as the emails were received concerning personal projects as well.

One email congratulates the reader that their channel is newly available to listen to on Apple Podcasts — a message typically received when a podcast is submitted for listing. Another states that paid subscriptions for the podcast in question have been approved.

In the cases observed by AppleInsider, the contacted podcasts are long-term projects that have had the relevant features running for quite some time already.

It is unknown how many messages were sent out, or if it was caused by a Apple-side system change or administrative error. There is a chance that, if this is a system issue, it could be caused by maintenance of accounts, or even as an accidental byproduct of implementing or changing unnamed features.

System testing commonly takes place ahead of Apple events, and signs of tests occasionally become visible to the world outside the highly secretive company. Though it could just be a mistake, the timing of such tests can occasionally tip a related change on the horizon.

AppleInsider is continuing to investigate.