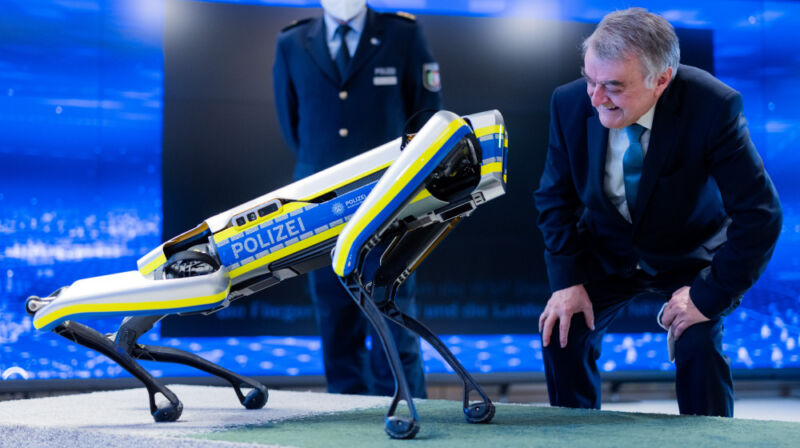 Boston Dynamics and several other robotics companies have pledged not to weaponize “general purpose robots” according to an open letter released publicly on Thursday and first reported by Axios. Although with sizable caveats in place, the letter focuses mostly on unauthorized public misuse of their products.

In the letter, titled “General Purpose Robots Should Not Be Weaponized,” six companies (Agility Robotics, ANYbotics, Boston Dynamics, Clearpath Robotics, Open Robotics, Unitree Robotics) spell out concerns about “risks of harm and serious ethical issues” from the weaponization of their general purpose products, fearing that it will “harm public trust in the technology.”

For their part, the robot manufacturers write, “We pledge that we will not weaponize our advanced-mobility general-purpose robots or the software we develop that enables advanced robotics and we will not support others to do so.”

It’s been a high-profile year for improvised robotic weapons. During the Russian invasion of Ukraine, news of makeshift bombers made of off-the-shelf DJI quadcopter drones and munitions have made the rounds on social media. And in July, a widely circulated hobbyist video of a Unitree dogbot with a gun strapped to its back stirred up fears of “dystopian nightmare” in the press. On YouTube, you can find several videos of people imitating the stunt in other scenarios.

The open letter seems to indirectly address these recent media events, saying, “… we now feel renewed urgency in light of the increasing public concern in recent months caused by a small number of people who have visibly publicized their makeshift efforts to weaponize commercially available robots.”

The letter’s specific focus on “advanced-mobility general-purpose robots” leaves room for interpretation regarding specialty robots designed for warfare or law enforcement, which the pledge does not cover. Instead, it primarily concerns public use of “widely available” robots, and calls for government regulation: “We call on policymakers to work with us to promote safe use of these robots and to prohibit their misuse.”

Boston Dynamics previously supplied robots to police forces for unarmed uses, causing a backlash in New York City last year, although the firm’s contract with the New York Police Department prohibited using the Spot robot as a weapon. On this point, the letter carves out a sizable exception to its pledge: “To be clear, we are not taking issue with existing technologies that nations and their government agencies use to defend themselves and uphold their laws.”

You can read the full statement on the Boston Dynamics website.