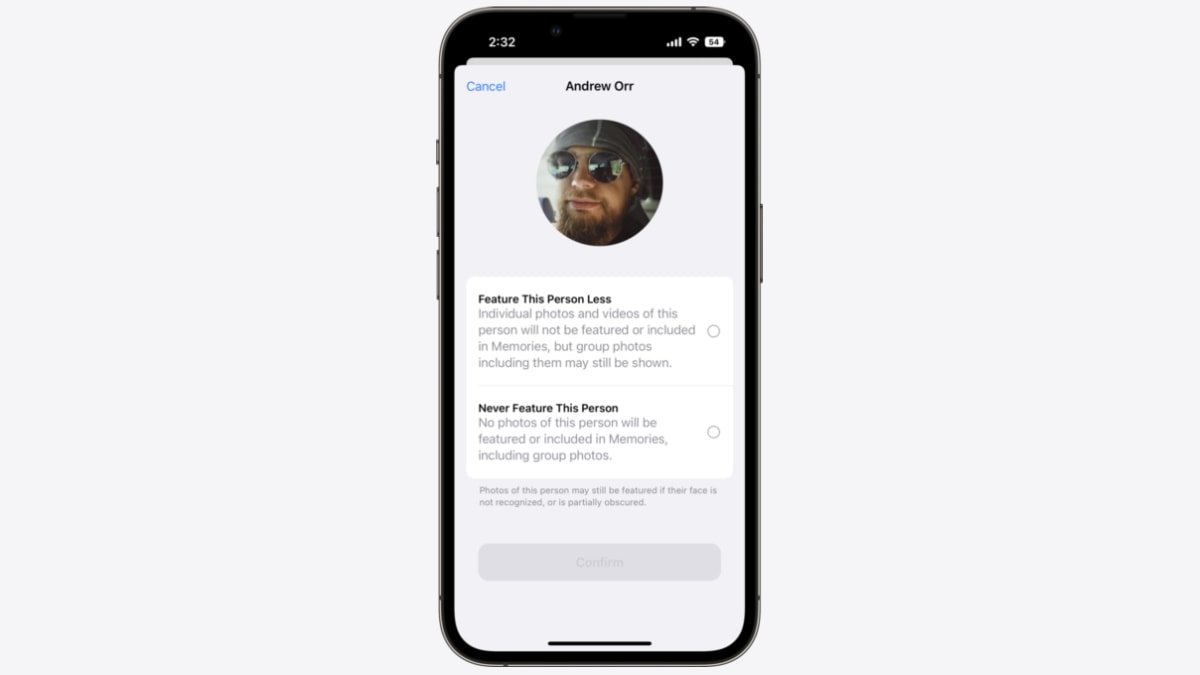 Apple added a feature in iOS 16 that lets the Photos app show certain people, such as an ex, less frequently — or not at all. Here’s how to banish them.

Photos libraries can swell very quickly over the years. It doesn’t take long to have tens or hundreds of gigabytes of pictures spanning over a decade.

And, in that decade, social lives can change. People can fall out of favor. But, unless you tell your iPhone that, you’ll get hit by a person’s face in a Memory or similar, that you’d just rather not see again for your own reasons.

Here’s how to tell the iPhone to feature them less, or not at all.

Feature a Person Less in the Photos app

The next option is to feature people less in Memories, which won’t make them appear in the Photos widget for Home Screen.

Finally, there is an option to make a person appear less frequently in the People album. 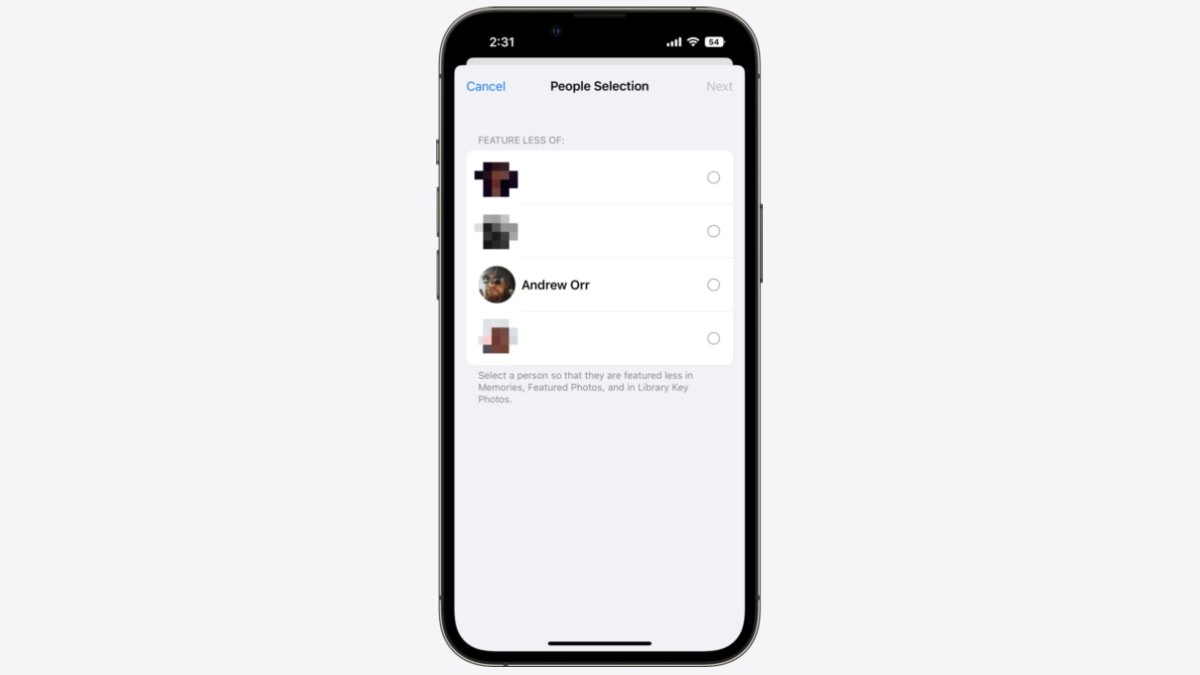 Feature people less from a memory

If a user enables iCloud Photos, the People album is updated on all other devices that meet minimum system requirements of iOS 11 or later, iPadOS 13 or later, and macOS High Sierra 10.13 or later.