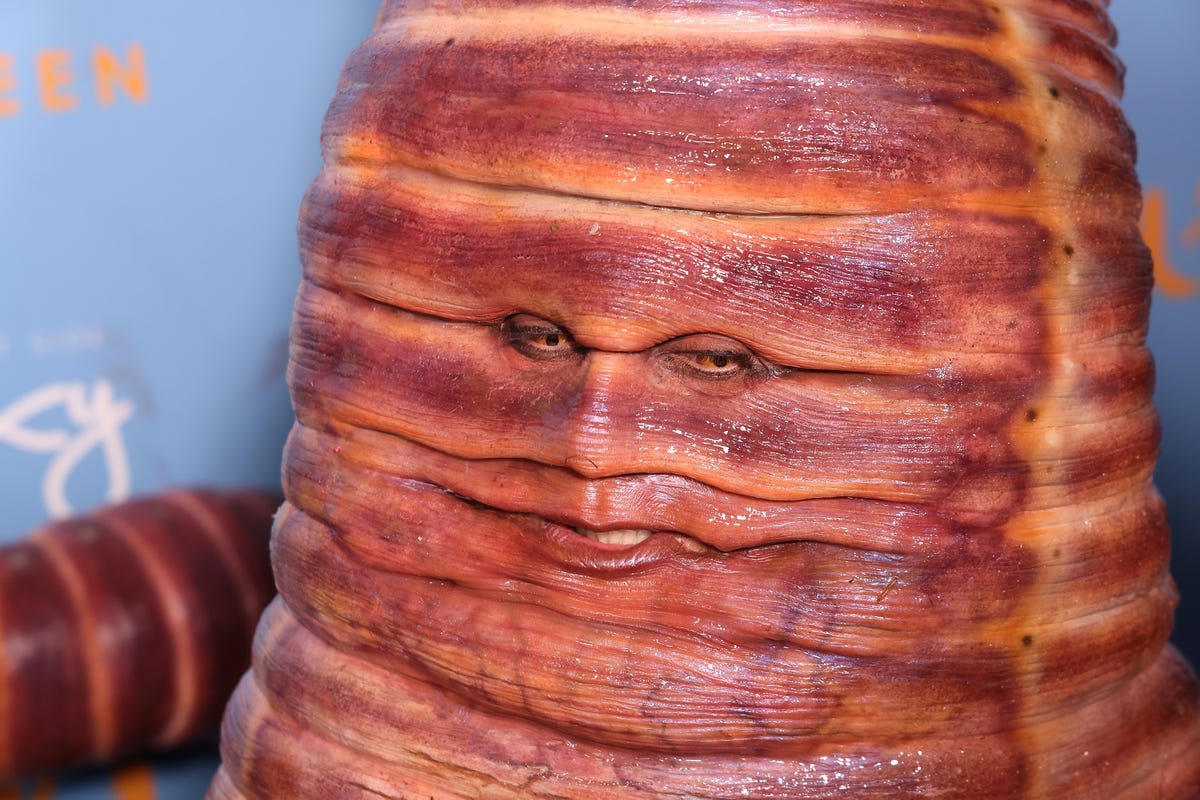 Heidi Klum dressed up as a worm for Halloween and I am lost for words. I have gazed upon the worm. The worm is life.

At this point I don’t think it’s hyperbole to say that the fashion model’s worm outfit is the greatest Halloween costume in history.

I mean look at this thing…

Here’s a look from farther away, alongside her husband, Tom Kaulitz.

And here’s a terrifying super close up shot that sent me into hysterics.

These photographs were taken at Klum’s 21st annual Halloween party in New York City. I am in actual shock at how good it is. Most Halloween costumes, especially celebrity Halloween costumes, are designed to make the wearer look beautiful or cool. Klum is a worm. A gigantic, worryingly realistic worm. It’s simultaneously horrifying and hilarious. It is art. A masterclass. Iconic.

“I tried to think outside of the box and come up with other things and last year I was thinking, oh, a tree would be really cool, or like, a plant, and then I kind of went from plant to rainworm,” she said, on the event’s red carpet.

Perhaps the most incredible part of this whole worm thing, not only is there a conventionally beautiful woman underneath the worm, that conventionally attractive woman was dressed like this…

Beautiful on the inside… worm on the outside? I feel like this is saying something about something but I can’t quite put my finger on it…

Either way, people are obsessed with this worm outfit. As they should be.

Here’s some amazing behind the scenes footage of the costume being designed.