Which influencer is best for your next brand marketing campaign: Nano, Micro, Mid, Macro, or Mega Macro?

While logic suggests that bigger is better, this isn’t always the case.

In fact, Later x Fohr’s Influencer Marketing Report reveals that the less followers an influencer has on Instagram, the higher their average engagement rate.

But what does this mean for your influencer marketing strategy?

We’re sharing the key takeaways from the Later x Fohr Influencer Marketing Report in this blog post. Get the full report, for free, by entering your email below:

In the influencer marketing industry, influencers are commonly categorized into 5 different tiers based on their Instagram follower count

Each influencer tier has its own strengths and weaknesses, so deciding which one is right for your next brand campaign can depend on several factors.

Macro and Mega Macro influencers, for example, have gigantic audiences — making them a great choice for campaigns where mass awareness is key. Their near-celebrity status has the power to shift a brand’s perception by association alone.

However, this impressive social clout often comes at a cost — with the price of a sponsored Instagram post ranging from thousands to tens of thousands of dollars.

On the flip side, Nano and Micro influencers have a much smaller, but often more targeted, audience, making them a great choice for brands looking to tap into hyper-niche communities.

And if you’re worried about budget, Nano and Micro influencers are typically a more affordable choice. You can work with dozens of Nano influencers and still spend less than you would for a single Macro influencer post.

Plan, schedule, and preview your Instagram posts in advance with Later — it’s free!

Engagement rates show what percentage of an influencer’s audience is actively engaging (via likes or comments) with their content.

This is a valuable indicator of interest, and can be used to gauge how much conversion power an influencer has.

For example, if an influencer has 100K followers and an average engagement rate of 5%, approximately 5K people will like or comment on each of their Instagram posts.

Obviously not every person who likes or comments will go on to purchase a featured product, but this metric can be used to make a ballpark estimate.

So how does an influencer’s follower count impact engagement rates?

Nano influencers, who have less than 10K followers, have the highest average engagement rate with 4% across all feed posts and sponsored ones.

On the other hand, Macro influencers — those with between 500K and 1M followers — have an average engagement rate of 1.3%, which is 3x lower than Nano influencers.

But what does this mean for brand marketing?

You might think that Nano influencers, with the highest engagement rate, are the obvious choice.

Well, not so fast.

The true value of this metric is underpinned by an influencer’s overall follower count. Nano influencers may steal the show with a 4% rate, but even with the maximum of 10K followers, that’s still only 400 people.

A Macro influencer, on the other hand, will get engagement from 6,500-13,000 people, depending on how big their follower count is.

So if your goal is to engage with a large audience (and you only want to work with a handful of influencers) higher tier influencers are the best bet.

However, Nano influencers can still be a great choice for influencer marketing — it all depends on your requirements.

In the following section, we’re breaking down how you can use your unique requirements to inform your decision:

Which Influencer is Best for Brand Marketing?

As we’ve covered, there’s no one-size-fits-all approach when it comes to influencer marketing.

Data shows that Nano influencers typically perform best in terms of engagement, reach, save and video view rates — but when it comes to raising mass brand awareness, their limited audience size can be a challenge.

However, if you’re on a tight budget and looking to tap into small, hyper-niche audiences, working with multiple Nano influencers can be a really effective strategy.

For many brands though, coordinating dozens of Nano influencers can be logistically challenging — which is where Micro and Mid influencers come in.

Micro and Mid influencers are big enough to have a measurable impact, but not so big that their engagement and reach rates have curtailed.

Plus, their fee rates are typically much lower than Macro or Mega Macro influencers.

Later x Fohr: Which Influencer Tier is Best for Your Brand

However, that’s not to say Macro and Mega Macro influencers should be discounted.

For high-budget brands looking to make a serious statement, Macro and Mega Macro influencers are often the go-to choice.

They can create a seismic shock that ripples through popular culture — a recipe for mass awareness and media pick up.

Ultimately, every influencer partnership has its own set of strengths – and the right partnership will depend on your marketing objectives, target audience, and budget requirements.

Later and Fohr analyzed over 3.5M Instagram posts to discover how an influencer’s follower count impacts their Instagram engagement, reach, save, and video view rates. Sign up now for the full report: 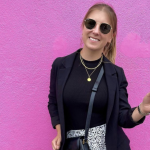 Jillian is a content marketer at Later based in the UK. She is an aficionado of London brunch spots and an avid listener of true crime podcasts. You can connect with her on Instagram @jillwrren.