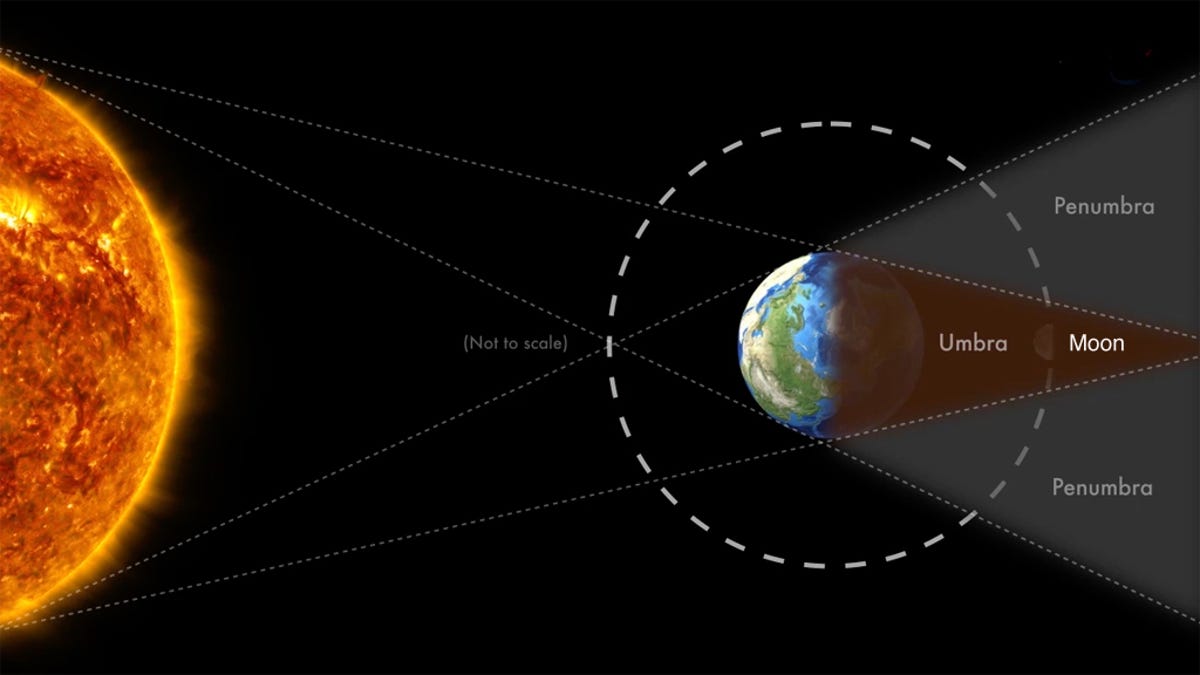 How to See the Election Day ‘Blood Moon’ Total Lunar Eclipse on Nov. 8

A “blood moon” total lunar eclipse will take place in the US on Election Day, Nov. 8. Decide for yourself if that’s a foreboding omen or a sign of providence.

Skywatchers in parts of Europe and Asia were treated to a partial solar eclipse last month, but that was just the first half of “eclipse season,” which concludes with Tuesday’s eclipse that will be visible from North America.

The four seasons, as you likely know, have to do with the tilt of the Earth on its axis and the Northern and Southern Hemispheres’ orientation toward the sun. But eclipse seasons have to do with where the moon lines up between Earth and the sun.

Every 173 days, for a little over a month, our big natural satellite passes through the ecliptic, or the path the sun takes through our daytime sky.

“The moon doesn’t orbit in the exact same plane as the sun and Earth do,” NASA explains on its solar system blog. “The time when they are aligned is known as eclipse season, which happens twice a year.”

During an eclipse season, the moon is basically buzzing around between us and the sun, upping the chances it will pass between our planet and the neighborhood star for a solar eclipse or that the Earth will block out the moon for a lunar eclipse. Eclipse seasons typically generate two or three eclipses in less than a 37-day span.

Earlier this year, an eclipse season produced a partial solar eclipse in the Southern Hemisphere on April 30, followed by a total lunar eclipse visible in parts of the Americas on May 16. This time around we get Tuesday’s partial solar eclipse proceeded by a blood moon full lunar coverup in the early hours of Nov. 8 that can be seen from eastern Asia and all of North America, at least to some degree.

And this year for Americans, the end of eclipse season also coincides with the end of a campaign season, which certainly has to spell relief for many of us.

The total lunar eclipse will begin at 2:16 a.m. PT and will last for 85 minutes.

Since this sort of eclipse doesn’t involve looking directly at the sun, it’s safe to observe with the naked eye, although binoculars or a telescope can enhance the experience. The main things you’ll need are clear skies and warm clothes to brave the late night/early morning chill.

Because an eclipse is caused by the sun, Earth and moon all being in a line, much of the light making its way around our planet to illuminate the moon will necessarily be passing through our atmosphere, causing the scattering that gives it a reddish hue. Hence, blood moon.

If you catch any great photos of this celestial event, be sure to share them with me on Twitter @EricCMack.

And if you don’t get outside to see this one yourself, the next eclipse season is in April 2023.