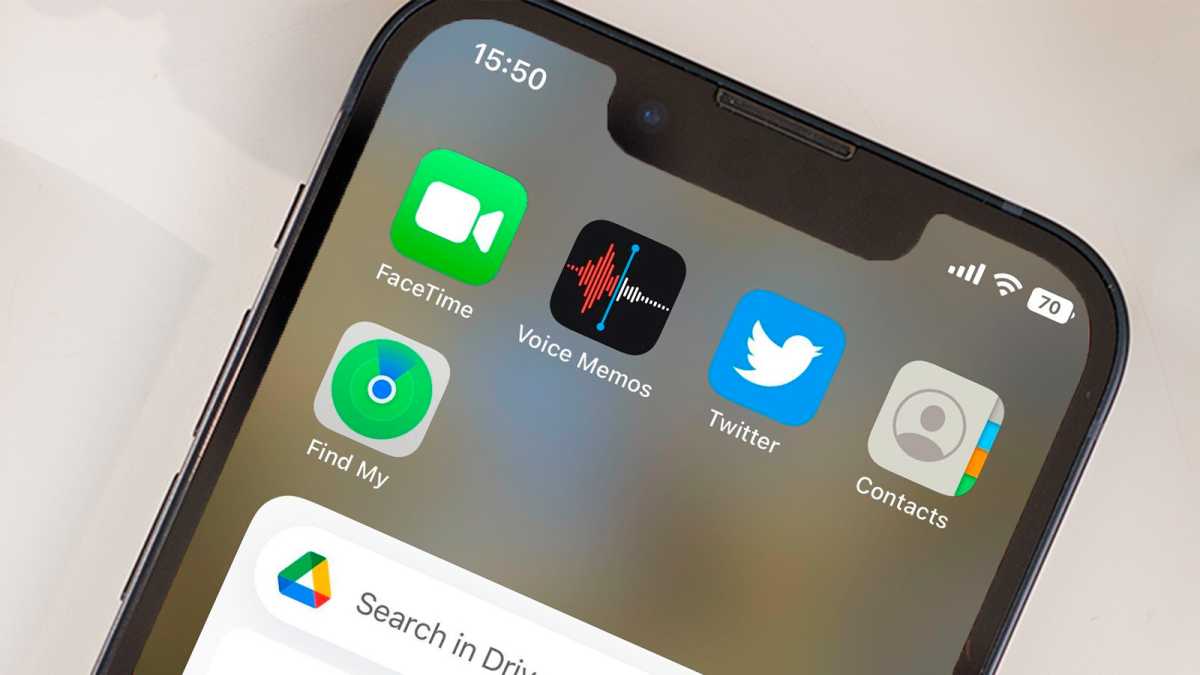 iOS 16, Apple’s latest iPhone operating system, is a worthwhile update, adding a range of useful and enjoyable features as well as patching security holes and tweaking the overall look and feel. But it’s not quite a perfect experience out of the box, as it were.

In a few cases, Apple has added new elements that are likely to annoy rather than delight, and in this article we show how to turn these off. Meanwhile, some extremely welcome new options are deactivated by default, and we’ll show you how to turn these on as well. With these 10 simple settings tweaks you’ll find that iOS 16 becomes an altogether richer experience.

And once you’re done, check out this list of five incredible iOS 16 features that will change the way you use your iPhone.

1. Get back the battery percentage indicator

With the launch of iOS 16, Apple has brought back the battery percentage indicator that was taken from the iPhone’s status bar in 2017. But you have to specifically choose to turn it on.

Go to Settings > Battery and tap the toggle labelled Battery Percentage. A number will be superimposed over the battery icon at the top of the screen–if your iPhone supports the feature. At time of writing the iPhones XR, 11, 12 mini and 13 mini do not, although there’s reason to hope that they’ll gain support in iOS 16.1.

2. Turn off the search button

If you look on an iOS 15 home screen, you’ll see a little icon between the dock and the other app icons. It shows a row of dots indicating how many home screens you’ve got, and which one you’re on. Once you update to iOS 16, this icon is replaced by a Search icon, which duplicates the Spotlight function accessed by swiping down on the Home screen.

If you find this unnecessary and/or distracting, you can revert to the dots by going to Settings > Home Screen and tapping the toggle labelled Show on Home Screen under Search.

3. Turn on the haptic keyboard setting

Most of us turn off the iPhone’s keyboard sounds, which can be irritating when typing out long messages in public. But doing this means you miss out on the useful haptic feedback that helps with typing accuracy.

In iOS 16, Apple finally gives an option to turn on haptic keyboard feedback without keyboard clicks, which is both discreet and useful and thus combines the best of both worlds. Go to Settings > Sounds & Haptics > Keyboard Feedback and flip the Haptic toggle green.

4. Give yourself more time to unsend emails

As of iOS 16, Mail lets you unsend emails within a certain time limit. But the odd thing is that the time limit is up to you–to a degree.

The feature is set to 10 seconds by default, but if you go to Settings > Mail > Undo Send Delay you can change it to 20 or 30 seconds. Still not much time to panic and change your mind, but every extra second helps in an email emergency.

Many iPhone owners will have experienced the inconvenience of accidentally pressing the side button during a phone call. By default this action will end the call—but in iOS 16 Apple adds a new option that lets you change that.

Go to Settings > Accessibility > Touch and tap the toggle labelled Prevent Lock to End Call. Just try to remember you’ve changed this, or you might get caught saying rude things about the person you thought you just hung up on.

While we’re talking about hanging up on calls, there’s a new feature in iOS 16 that lets you do this using Siri–which makes life a lot easier if you’re talking hands-free through the speaker. You just need to say “Hey Siri, hang up.” To activate this option, go to Settings > Siri & Search > Call Hang-up, and tap the toggle so it turns green.

7. Send messages without a confirmation

Here’s another Siri time-saver: when sending messages using Siri, you can now skip the confirmation step. Go to Settings > Siri & Search > Automatically Send Messages, tap the toggle so it turns green, and Siri will know not to bother asking you to confirm.

iPhone users had access to multiple Focus modes in iOS 15, but iOS 16 heavily expands this feature. One change is greater control over the sharing of status information: it’s much easier now to audit and control the specific modes that are shared and those that are not.

Go to Settings > Focus, and make sure that Share Across Devices is set to on. You can now tap Focus Status, and pick and choose which modes, if any, will be synced.

We found that all modes were set to share by default, but you might not want everyone to know that you’re asleep, for example, or working out. (Driving is a good one to share, in our opinion, as it not only explains why you’re not replying but also hints to those who are expecting you that you’re on your way.)

Finally, note that this sharing permission still only applies on a per-app basis. Go to Settings > Messages, for example, and you can toggle Allow Messages To Access Focus on and off.

Apple has changed the way that notifications display on the lock screen, with those from the same app organised together under what Apple calls the Stack view. This view is enabled by default, but those who’d prefer to use the old method can go back if they’d prefer.

Go to Settings > Notifications and select List at the top to revert to the iOS 15 notifications style. Or pick Count if you’d rather not see the notifications at all, and just get an unobtrusive number at the bottom of the screen.

10. Stop your personal photos from popping up unexpectedly

iOS 16 adds a cute AI-based feature that finds what it thinks are significant photos and videos and pops them up in various places (widgets, search, the For You tab in Photos, and so on) as a reminder of happy memories. This is a charming feature, but it’s not for everyone–particularly if you’ve got embarrassing photos on your phone or just don’t want people on the train peering at your vacation pics.

You can turn off this feature by going to Settings > Photos and then tapping the Show Featured Content toggle so it turns light gray.