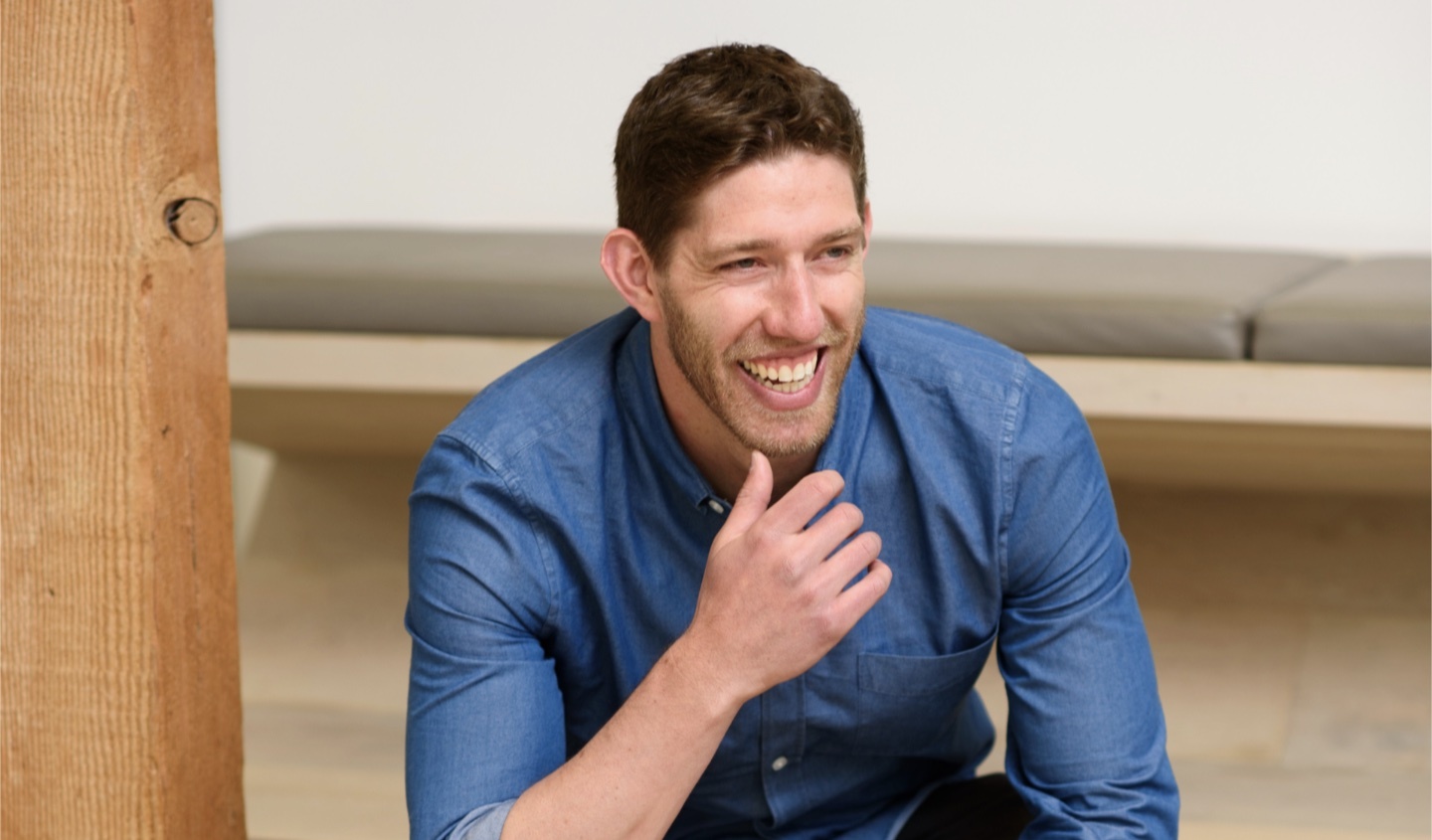 ‘Last year was the party. This year is the hangover.’ • TechCrunch

Welcome to The Interchange! If you received this in your inbox, thank you for signing up and your vote of confidence. If you’re reading this as a post on our site, sign up here so you can receive it directly in the future. Every week, I’ll take a look at the hottest fintech news of the previous week. This will include everything from funding rounds to trends to an analysis of a particular space to hot takes on a particular company or phenomenon. There’s a lot of fintech news out there and it’s my job to stay on top of it — and make sense of it — so you can stay in the know. — Mary Ann

Mark Goldberg has been a partner at Index Ventures since 2015, investing in — and sitting on the boards of — financial services companies such as Plaid, Persona, Lithic, Cocoon and Pilot. Currently the firm’s fintech lead, Goldberg has plenty of thoughts about what’s on the horizon for startups operating in the space today.

I recently sat down (virtually) with Mark to talk all things fintech, and lucky for me, he’s not afraid to speak his mind! Here are the highlights of that conversation (edited for brevity and clarity).

TC: How would you say this year’s fundraising environment is different compared to last (besides the obvious, of course)?

MG: The crude analogy I’ve been using internally is last year was the party and this year is the hangover. That’s really how it feels to me — that we’re starting to understand the excesses of last year. We’ve seen now the retrenchment period after the fact. At Index, we’re probably more aggressively investing in what we think the next generation of fintech companies is going to be right now.

Oh yeah? So what do you think the next generation of fintech companies is going to be?

This year, and this is a little bit more contrarian, I’m actually spending a huge amount of time looking at early-stage consumer finance, which I think is probably the most — well, I don’t know, maybe that or crypto — unloved category or subcategory of fintech today.

But I think that’s exactly where the opportunity is when we’re on the other side of this hype cycle, especially when I think about how people are going to do banking five or 10 years from now.

I think one of the lasting effects of the pandemic is that people want to do banking from their phone — not to walk down the street and go to a branch or get in the car and go to a branch. I think there is just going to be this massive transformation in consumer finance. Yes, a lot of things were overvalued last year, but I think we’re gonna see a wholesale transformation from an old guard to a new guard in the next few years and this might be a really good entry point when we look back on it.

What do you think is the biggest trend happening in fintech right now?

One of the enduring things from last year’s excesses is going to be this fusion of fintech and culture, which I think is probably the most interesting trend happening in fintech that will outlast the bull market and bear market. I think it’s just changed the market.

I think the best example of this is Cash App in the Block ecosystem, where they have a clothing store. I actually as a joke sent a bunch of my hedge fund friends a bunch of their clothes. In the Wall Street banking world, you would never wear a Morgan Stanley or a Goldman Sachs shirt to a party. But Gen Zs are buying clothes from the Cash App clothing store and wearing them.

And there’s a really fun commercial that Cash App just put out with Kendrick Lamar and Ray Dalio from Bridgewater, which I think is just so emblematic of this fusion of pop culture, hip hop and the consumerization of fintech.

So, whether we’re in an up market or a down market, the advantage that a neobank has over a legacy bank is that it’s not saddled with 1,000 retail locations. I think the biggest opportunity for the next generation of neobanks is the fact that they can compete in this brand war with an authentic voice that consumers actually care about.

What do you expect we’ll see happening in the short-term, and the long-term?

High level, it’s still going to be a slower year for fintech. The velocity of deals has generally dropped by 75% since the peak last year. If I saw four deals last year, now I’m seeing one. I think that’s actually healthy for everyone.

If I look at my portfolio, I don’t have any companies that are raising right now because they all raised last year and have three years of runway, and are just building and have to grow into the valuations they set last year.

From the investor side, it’s really nice to not have a gun to your head in 48 hours to make a decision on a large investment. What we’re doing right now is taking our time doing the work around what are the areas we’re interested in, what are the best companies, and spending time with the founder is in a way that feels much healthier than it did a year ago. I expect this is kind of a new norm for the next few quarters.

But there are deals getting done, especially in the early stages. We’re spending a lot of time trying to figure out not just who’s raising, but basically what companies that we could go to and propose a flat round to their 2021 valuation that would say yes.

If you take a long-term view, I think next year — like mid-year — the market really reopens in a big way.

Obviously, the IPO market has dried up. What do you think is going to happen on the M&A front?

I think we’re gonna see a lot of M&A, a lot of consolidation heading into the back of the year and over the next six months. I wouldn’t be surprised if we see one or two mega deals where there are folks that were thinking that they had a strong independent path and are now looking at where public market companies are trading and saying, ‘That’s a much harder path to being public than I had expected.’

So if you have a direct competitor, and you’re spending all your time in fighting that direct competitor, this might be the sort of catalyst you needed to say, ‘Let’s stop fighting each other when the opportunity is 98% of the market that the two of us can reach together.’ And I think we’re starting to have those conversations take place right now.

On that note, then, I think the other thing is the next wave of infrastructure will be towards one superstore that happens to sell 10 products, not 10 companies that sell one product.

As reported by Anita Ramaswamy: “Investing app Stash, which last raised $125 million from investors in a Series G round last year, is adding crypto to the set of products it offers its 2 million users.” Co-founder and president Ed Robinson also shared in an exclusive interview with TechCrunch that Stash’s latest annual revenue figure is $125 million.

From TC’s Aisha Malik: “Venmo is launching a new feature called ‘Charity Profiles’ that will allow charities to raise funds and receive donations directly within its app, the PayPal-owned company announced on Monday. The new profiles will be available to charities that have received confirmed charity status from PayPal.”

As reported by Paul Sawers: “New York-based insurance giant Lemonade is officially launching in the U.K., its fourth market in Europe and fifth overall, with a little help from one of the oldest and largest insurance providers in the U.K.”

From TC’s Manish Singh: “Pakistan’s central bank on Friday revoked the in-principle and pilot operations approval of  Tag to operate as an electronic money institution in a move that poses existential threat to the firm. State Bank of Pakistan said in an order that it is revoking Tag’s approval to operate as an electronic money institution, the permission that is required for entities to offer innovative, user-friendly and cost effective low-value digital payments instruments such as wallets, cards and contactless payments. The central bank has also ordered the startup to close all customers’ wallet accounts and pull its apps from the app stores with immediate effect.”

From Jacquelyn Melinek: “As traditional financial institutions continue to mingle with the cryptocurrency world, Visa is the latest to expand its offerings in the space, this time working alongside crypto exchange FTX for a ‘long-term global partnership.’ The agreement between the two companies consists of offering FTX-branded Visa debit cards to FTX customers globally with a focus on rolling the plastic out in Latin American, European and Asian countries. The same product is currently available to U.S. customers after being announced at the beginning of this year.”

As reported by WealthProfessional: “Two of Canada’s best-known fintech startups, Wealthsimple and Shakepay, have been accused of misrepresenting the true costs of their cryptocurrency services. A lawsuit, which was filed on September 29 in the Superior Court of Québec, is seeking punitive damages of $10 million each from both firms for misleading users, according to a report by BetaKit. The proposed class action suit has not yet been authorized by the Québec court.”

Late last week, Bloomberg reported that Robinhood “will partially or completely shutter five more offices, the latest move in a sweeping overhaul to rein in expenses as it adjusts to a sharp downturn in trading activity.”

Brazilian digital mortgage provider Volpi says it has registered 400% quarter-over-quarter growth over the past year and is partnering with RBR Asset with plans to finance up to $30 million for their clients over the next 12 months.

Debt platform Tally announced an $80 million Series D, saying it nearly tripled its ARR in the past year

Jingle Pay, a financial super app based in the UAE, receives minority investment from MoneyGram

Did you know I co-host TechCrunch’s Equity Podcast every Friday with Alex Wilhelm and Natasha Mascarenhas?? We have so much fun — you can listen in here. The three of us will actually be on the pod live at TechCrunch Disrupt, which is just around the corner! Come hang with us! There will be breakfast! For 15% off passes to Disrupt, head here.

Well, that’s it for this week. Thanks once again for reading! Until next time, xoxo — Mary Ann