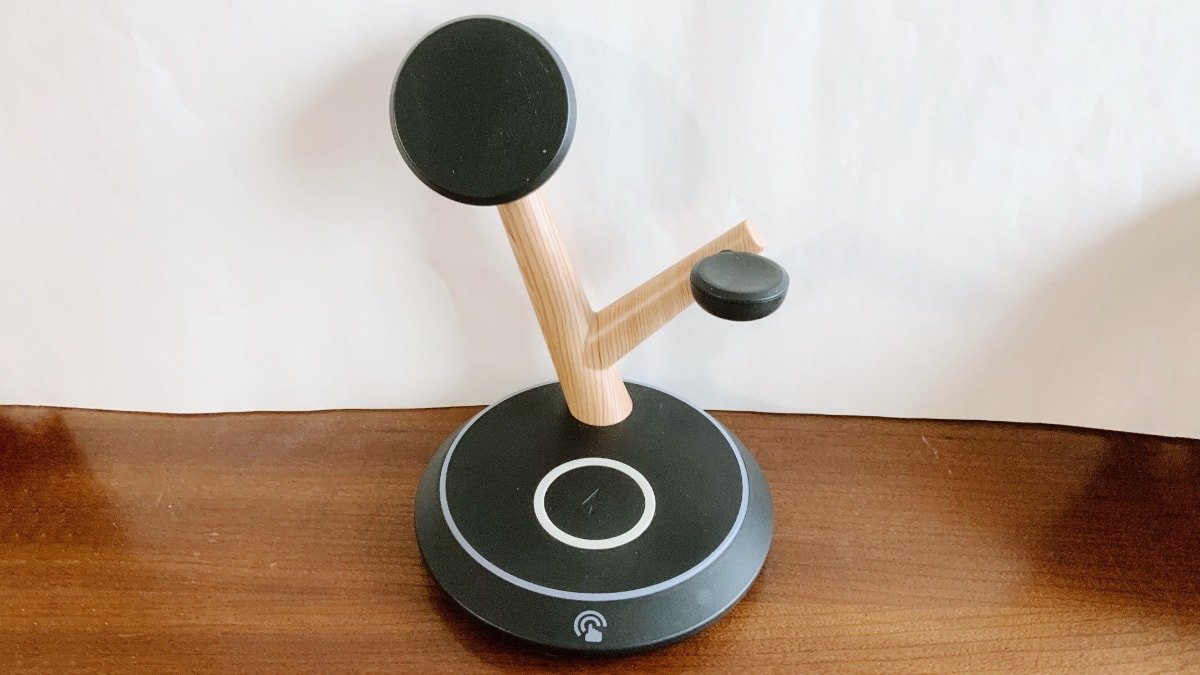 LGear 3-in-1 charging dock review: A cat tree for your devices

The 3-in-1 Lightning Charging Dock from LGear is a charging tree for Apple devices that can help reduce the number of cables and chargers on anyone’s desk.

LGear has a few charging options available, and the Lightning Charging 3-in-1 dock is one of the company’s products that can recharge multiple devices.

The 3-in-1 charging dock from LGear has a space to charge a MagSafe iPhone, AirPods, and an Apple Watch. On the rear of the base, it features two USB-C ports for charging input and output.

The space designated for AirPods is compatible with nearly any device that uses Qi wireless charging and includes our iPhone 14 we used during testing.

The magnetic charger supports fast charging with up to 15W, using what the company calls “Lightning-Charge Technology.” It works with compatible MagSafe cases.

A handy feature of the magnetic charging component is its ability to support an iPhone in portrait and landscape modes. It’s easy to turn the iPhone in either direction, although doing so may scratch certain cases, such as the ultra-thin one on our iPhone.

But that’s also a testament to how securely it holds the device.

The 3-in-1 charger ships in two parts – a round plastic base that contains the Qi charger and the part that easily screws into the base to hold an iPhone and Apple Watch.

Although the part that attaches to the base looks like wood, it’s also made of plastic, making the product feel a bit cheap. However, the faux-wooden part has visible screws on the back, which might make certain parts available to repair by knowledgeable people.

Using the 3-in-1 Charging Dock

The 3-in-1 charger is a suitable device that lives up to expectations. We like that the iPhone component can power devices at up to 15W, making it comparable with Apple’s MagSafe charger.

The AirPods Pro took about two and a half hours to charge from zero to 100% with the 10W Qi charger, while the Apple Watch Series 7 charged to 100% in approximately three hours at 7.5W. The 15W magnetic fast charger powered an iPhone 14 to full battery in about two hours.

The USB-C port on the back of the round base is 5W, which charges devices more slowly than the wireless options, but it’s still nice to have in a pinch.

As mentioned, LGear calls the charger a Lightning Charging Dock. At first we thought that meant it had a Lightning port, but that likely just refers to the fast charging aspect.

Overwall, the LGear 3-in-1 Dock is a solid device for charging multiple electronics. At the regular price of $129, we expected to see more premium materials, but it’s not a bad product. It’s available to purchase through LGear’s website.