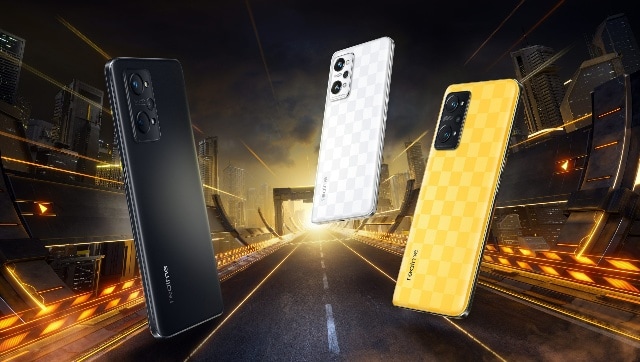 Realme launched a new phone in India today, called the GT Neo 3T. The new device is an addition to the existing GT Neo series from Realme. Just like the GT Neo 2, the GT Neo 3T  is powered by the Qualcomm Snapdragon 870.

The device comes equipped with a 120Hz AMOLED display, eight 5G bands and a number of neat features. Realme plans on taking on the likes of the Poco F4 5G, IQOO Neo 6 5G, and more as Rivals.

We take a look at the specifications, pricing, and launch offers that Realme is providing with the GT Neo 3T.

The phone is powered by the Qualcomm Snapdragon 870 with Kryo 585 CPU and Adreno 650 GPU. The SoC has been combined with up to 8GB of LPDDR4X RAM and 256GB of UFS 3.1 storage. The device can take two nano-SIMs and supports eight 5G bands for connectivity. Other connectivity options include NFC and dual-channel WiFi.

As for the cameras, we get a triple rear camera setup which consists of a 64MP primary sensor, along with an 8MP ultrawide camera, and a 2MP macro lens. We also get a 16MP wide-angle selfie camera on the front.

The phone also comes with a 5,000mAh battery and 80W SuperDart charge support. The company claims that the smartphone can get charged from 0% to 50% in 12 minutes.

The device is running on the Realme UI 3 (based on Android 13) and Realme will be providing two years of system and three years of security updates for the phone.