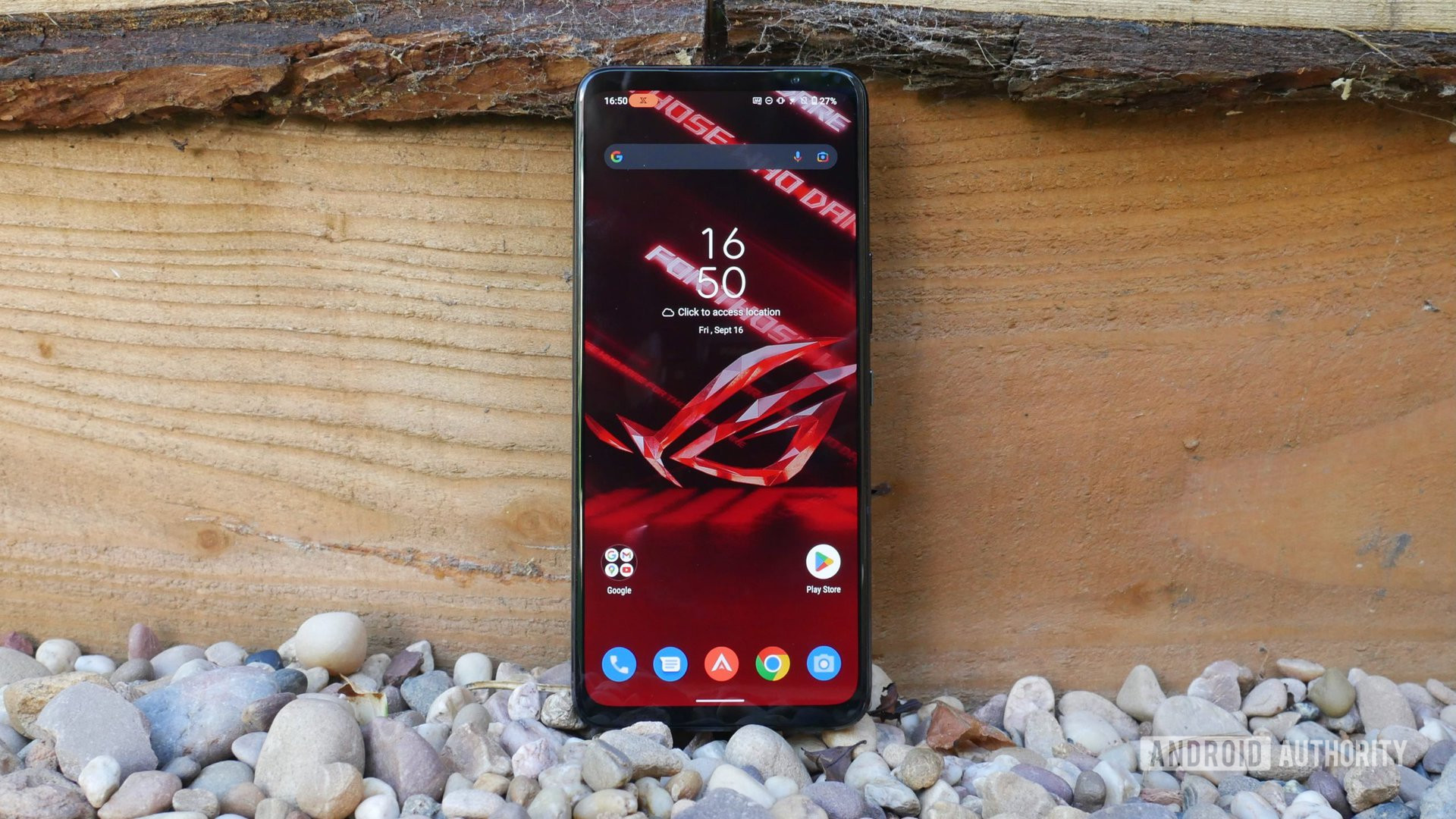 ROG Phone 6D and 6D Ultimate announced: Here’s everything you need to know

Not satisfied with just the ROG Phone 6 and 6 Pro, Asus is back with two new additions to the ROG Phone 6 series — the ROG Phone 6D and the 6D Ultimate. The previous two models boast plenty of eye-catching features for mobile gaming enthusiasts like a 165Hz refresh rate, a Snapdragon 8 Plus Gen 1, and 18GB of LPDDR5 RAM. But what will these new 6D models bring to the table? Here’s everything you need to know.

The ROG Phone 6D and 6D Ultimate pick up where the Phone 6 and 6 Pro left off, quite literally. There’s not much of a difference between these handsets and their older siblings. However, there are a few notable changes like color, weight, and most importantly the CPU and GPU. Asus also describes the 6D as an additional option when choosing a ROG Phone 6 device. While the company considers the 6D Ultimate to be one tier above the 6 Pro. Let’s go through a quick breakdown of what you can expect from the ROG Phone 6D and 6D Ultimate.

Working our way from the outside in, the 6D and 6D Ultimate will have the same Samsung 6.78-inch AMOLED display with 720Hz touch-sampling and 165Hz refresh rate. It will also share the same durability stats, having an IP rating of IPX4 and covered in Corning Gorilla Glass Victus. In addition, both phones will still have the headphone jack, dual front-facing speakers, and the same camera setup.

The cameras are no different than what you’ll find on the Phone 6 and 6 Pro. However, we’ll go into the variety of camera features Asus has packed into the 6D and 6D Ultimate. These camera features include:

If you were wondering what the “D” in ROG Phone 6D and 6D Ultimate stands for, it stands for Dimensity. In the ROG Phone 6 and 6 Pro, you’ll find a Snapdragon 8 Gen 1 processor inside. For the 6D and 6D Ultimate, Asus has swapped out the Snapdragon chip with Mediatek’s latest Dimensity 9000 Plus with a 5G chip. When asked about the change, Asus responded by saying, “Mediatek had a really compelling solution and they want to see the Dimensity 9000 Plus in a phone that can push it to its limits.”

The phones will also ship with 16GB of LPDDR5X RAM and UFS 3.1 SSD storage. As mentioned earlier, the 6D is only meant to be a different option to the existing Phone 6 model, so it makes sense it would get 16GB of RAM. However, if the 6D Ultimate is supposed to be a tier above the 6 Pro, it’s interesting the 6D Ultimate won’t have the 6 Pro’s 18GB of RAM. Asus explained this away by stating the, “LPDDR5X maximum is 16GB.”

Another change that will come to the 6D and 6D Ultimate is the GPU. Where the previous models used a Qualcomm Adreno 730, the new handsets will feature an ARM Mali-G710 GPU.

When it comes to the battery, the handsets will have dual 3,000mAh batteries. Together equating to 6,000mAh, the 6D and 6D Ultimate will essentially have the same amount of battery as the Phone 6 and 6 Pro.

To help with battery life, Asus has added a number of battery care features, like allowing you to customize the charging limit to 80% or 90%. You can also set the device for steady charging which helps to keep the battery temperature low while charging. You can even schedule when you want charging to begin.

With the ROG Phone 6 lineup, Asus has really zoned in on trying to give users the best gaming experience you can get on a phone. To help on this mission, Asus has brought back its AirTrigger 6 control system allows you to set up to 14 specific separate touch points on the screen simultaneously. The device also comes with Asus’s gaming portal “Armoury Crate” and its “Game Genie” dashboard.

In order to prevent overheating while gaming, both phones have Asus’s GameCool 6 CPU cooling solution and will be compatible with the company’s AeroActive Cooler accessory. However, only the 6D Ultimate will have a heat dissipation door — AeroActive portal — that will act with the internal GameCool 6 fan to cool the device even further.

You can expect a bevy of accessories to be available for the 6D and 6D Ultimate. For example, there’s the ROG Kunai 3 Gamepad, a modular gamepad that attaches to the phone. There’s also an expansion dock that allows ROG Phone 6D to connect to a HDMI display. And there’s a clip that allows you to attach your phone to a variety of console controllers.

As mentioned earlier, there is also the AeroActive Cooler accessory. This device will come bundled with the 6D Ultimate in the box. Unfortunately, the same won’t be true for the ROG Phone 6D.

If the ROG Phone 6D or 6D Ultimate sounds like the phone for you, you’re going to have to wait for more details. At this moment, there’s no word on what the price of these phones will be or when they will be available for order. However, Asus has told us that the 6D and 6D Ultimate won’t be available in North American markets.