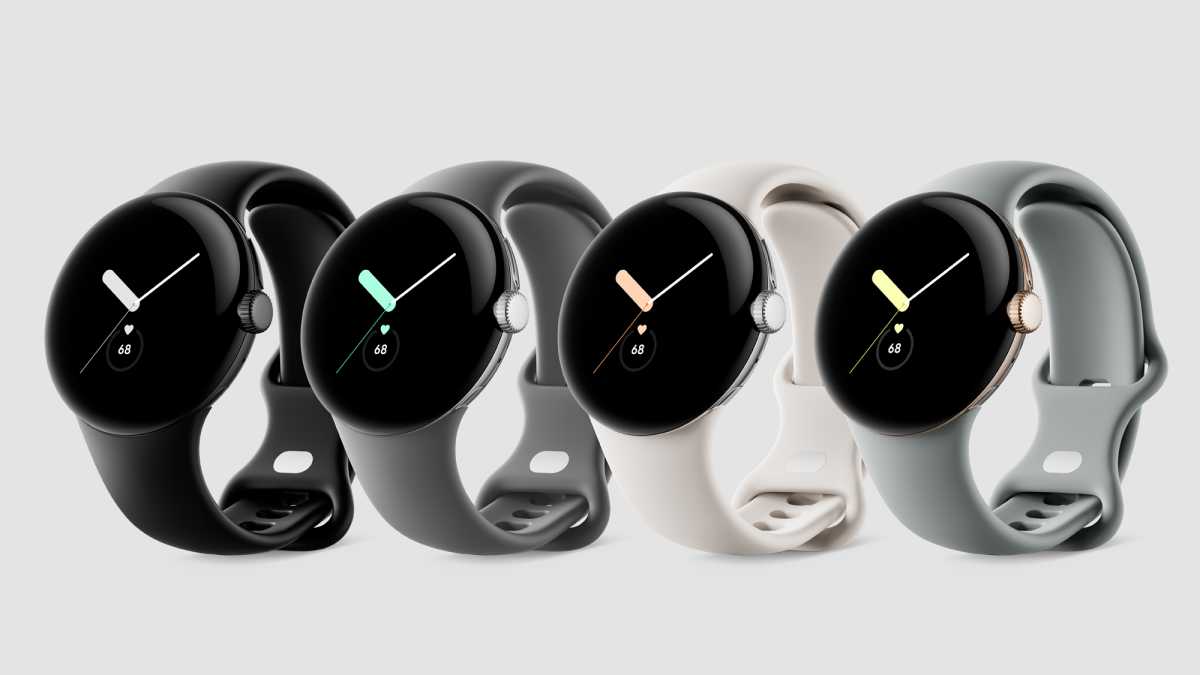 The Apple Watch Series 8 is boring, and it’s all Google’s fault

Welcome to our weekend Apple Breakfast column, which includes all of the Apple news you missed this week in a handy bite-sized roundup. We call it Apple Breakfast because we think it goes great with a morning cup of coffee or tea, but it’s cool if you want to give it a read during lunch or dinner hours too.

At a job interview I was once asked what I thought about the launch of two rival magazines. “It’s great,” I said bullishly. “It shows you’re doing the right thing.”

That’s a line I’ve always been proud of (and I did get the job), but I often wonder about its sincerity. Intense competition is a positive thing in the abstract, and we all pretend to thrive on it, but it’s much nicer to be doing the right thing without other people noticing and trying to horn in on your territory. Case in point: I suspect that Apple was being sarcastic in 1981 when it posted a full-page ad in The Wall Street Journal “seriously” welcoming IBM to the PC marketplace.

Returning to the present day, Tim Cook probably isn’t welcoming Google’s launch this week of the Pixel Watch with open arms. Google’s first in-house hardware for its Wear OS software platform is a big deal in the smartwatch market, which until now Apple has largely had to itself. There certainly hasn’t been much serious competition to threaten the Apple Watch’s dominance, and the arrival of a tech giant with immense mindshare among Android fans could alter the balance in a way that Apple doesn’t enjoy.

Then again, that’s Tim Cook’s problem, not ours. And for the rest of us, an increase in competition is clearly good. This year’s Apple Watch Series 8 (as you can read by following the link below) is a good-quality but dull product with very little to set it apart from the Series 7—and the lack of a serious rival is at least partly to blame. Google is seriously late to the market, and its absence so far has let Apple get away with a development strategy that could charitably be described as cautious. (A similar dynamic in the tablet market means Apple doesn’t have to take many risks with the iPad either.)

This isn’t to say that the arrival of the Pixel Watch will magically transform Apple’s approach to wearables. Just as Apple Maps lagged far behind Google Maps for years after launch, we can’t expect Google to crack smartwatches on its first swing. The Pixel Watch is not perfect: It has comically chunky bezels, and its 2018 processor doesn’t seen to match its ambitious price tag. Battery life may be a worry, too–not that the Apple Watch Series 8 is faultless in that department either.

But that’s the point. The Apple Watch hasn’t had to be faultless for a very long time because its rivals, either through weak products or no products at all, simply haven’t been able to capitalize on its missteps. Hopefully that will change now that Google is on the scene, but it’s a shame the company took so long to arrive.

Trending: Top stories of the week

The iPhone 14 and the Google Pixel 7 Pro are both unfinished. The perfect phone is always a year away.

Another MacBook killer dies without even wounding the MacBook.

The iPad isn’t a big iPhone or a touchscreen Mac–so what is it?

Jason Cross explains why Apple’s A16 chip isn’t worthy of its ‘Pro’ name.

Pour one out for a legend: Apple’s most popular iPhone ever is now ‘vintage’, as the iPhone 6 joins the ranks of obsolescence.

We continue to work our way through Apple’s fall product slate:

Apple will be forced to switch the iPhone to USB-C by 2024, after the European Parliament voted in favour of a common-charger directive. And it’s not just the iPhone that’s affected: we’ve rounded up 10 products that will need to move from Lightning to USB-C.

The dream of under-display Touch ID on the iPhone is probably dead.

Karen Haslam rounds up all the new Apple products you can expect in the rest of 2022, and in 2023.

Podcast of the week

Apple’s new AirPods Pro have arrived! If you’re in the market for new earbuds, are they worthy of your consideration? We also take a close look at the new Apple Watch Series 8 in this episode of the Macworld Podcast.

You can catch every episode of the Macworld Podcast on Spotify, Soundcloud, the Podcasts app, or our own site.

Stage Manager on the iPad is too important to get this wrong, reckons Jason Snell.

Apple’s MagSafe Charger just received a firmware update for some reason. Could iOS 16.1 be coming soon?

Last week we celebrated the news that Adaptive Transparency was coming to the original AirPods Pro. Well, that turns out to be an iOS 16.1 beta bug.

And with that, we’re done for this week. If you’d like to get regular roundups, sign up for our newsletters. You can also follow us on Twitter for breaking news stories. See you next Saturday, enjoy the rest of your weekend, and stay Appley.