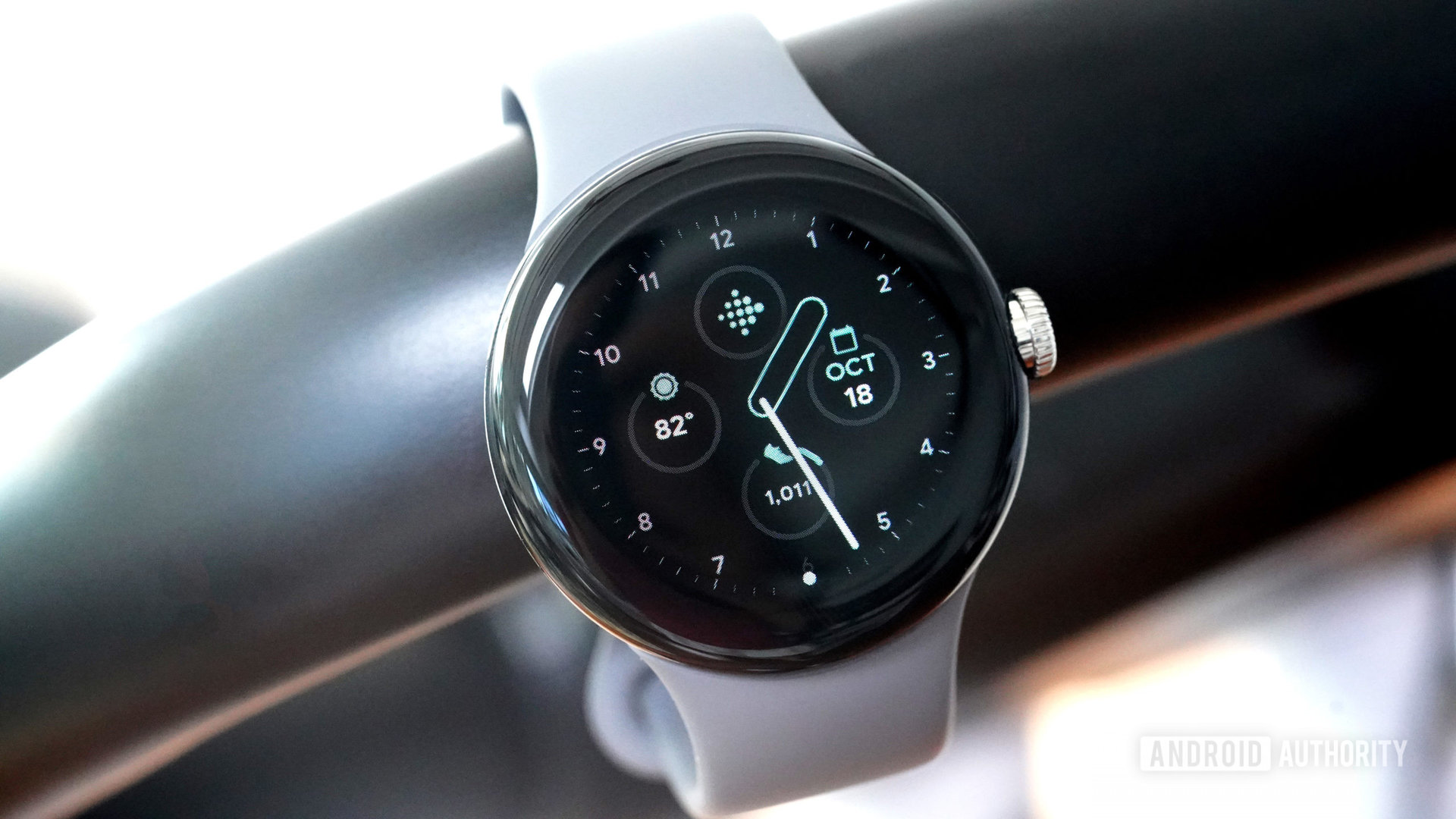 The Google Pixel Watch is cool, but I would never buy it

We’ve been waiting years for Google to launch its first wearable. After all this time, we finally got what we wanted with the Google Pixel Watch, which launched earlier in October alongside the Google Pixel 7 series. It is, without a doubt, one of the most hyped tech products of 2022.

However, I have no problem admitting that I had little interest in the Pixel Watch leading up to its release. In fact, back in May, I wrote all about how unexcited I was for it and how I was much more excited about the Fitbit Sense 2.

Knowing what I know now, it’s clear I was very wrong about the Sense 2. But I was also wrong about the Pixel Watch. After using it for over a week now, I’ve realized that it’s a lot better than I thought it would be. I’ve been pleasantly surprised by its design and how well it performs.

But does that mean I’m going to buy one? Definitely not.

About this article: I tested the Google Pixel Watch for 10 days. The unit was provided by Google, but Google had no say in the direction or published content.

There’s a lot to love about the Pixel Watch

As I’ve seen the scores pour in for the Google Pixel Watch, it’s become very obvious that most tech reviewers aren’t completely enamored with it. Terms like “overpriced,” “lackluster,” and my favorite, “you can do a lot better,” appear littered throughout popular articles, including our review, which threw down some fair criticism too. Despite all this, I really want to hammer home that there are plenty of terrific aspects of this wearable.

The Pixel Watch, despite the reputation it’s earning, has a lot going for it.

For starters, it’s a beautiful watch. Its minimalist design gives it a timeless aesthetic. That minimalism also makes it very versatile as you can strap on a metal band for formal outings, a sport band for working out, and a leather band for heading out to the bar with some friends, and the watch looks great on all occasions.

I’ve seen plenty of criticism of the watch’s relatively small size and Google’s refusal to offer a different larger size. For me, this is a benefit, as I loathe enormous timepieces. I feel the Pixel Watch fits my wrist perfectly, and it doesn’t weigh down my arm or look so big as to draw attention to itself.

Outside of how it looks, it also is pretty powerful. Jumping around the various features is smooth, intuitive, and easy with either swipes or physical turns of the sturdy rotating crown. It has a huge app library thanks to the longevity of Wear OS, giving you access to robust versions of Google Maps, Spotify, Messages, Google Home, and more.

It also has Fitbit smarts. It tracks your heart rate more consistently than pretty much any other wearable since it’s taking a reading every second of every day. That data helps you track all manners of exercise routines as well as day-to-day health. It’s not the best Fitbit around, but it delivers the basics that most people care about.

Frankly, despite my initial skepticism, the Google Pixel Watch ended up impressing me on many different fronts. That made it all the more disappointing to discover that Google still completely fumbled in one key area.

Unfortunately, all that good stuff means very little to me

With the always-on display active, the Pixel Watch did not reliably make it through even one day for me. I could turn off the AOD and eke out a bit over 24 hours of time, but then I had to deal with the inconvenience of relying on tilt-to-wake (which works maybe 60% of the time) or hitting the crown. Without the AOD, the watch doesn’t function like a real watch, which is, for me anyway, an essential aspect of any wearable.

The battery life of the Pixel Watch is so bad that it negates everything good about it.

On top of that, it takes a little over an hour to charge. With the AOD on, that means the watch will need to be on a charger for one hour every day for as long as you own it. Think about that: When during your day-to-day life will it be appropriate to charge the watch? You could leave it on the charger for the 15 minutes you shower in the morning, but that’s not enough. You could throw it on the charger again when you’re at your desk for work, but that would require you to bring your charger with you or buy a second one. You could also give it a juice up before you go to sleep, but that forces you to stay awake while you wait for it, which might not be feasible all the time. This is to say nothing about the issues you’ll face if you’re traveling, camping, or otherwise seeing your daily routine altered. It’s so inconvenient that you wonder why anyone would bother.

The poor battery life of the Pixel Watch makes it a wholly untenable product for my needs. No matter how much good stuff it has going for it — which, as I mentioned in the previous section, is quite a bit — the terrible battery life negates all of it. If I need to turn off smartwatch features — whether it be the AOD, Fitbit’s heart rate tracking, or even stopping myself from using the watch as often — just to get reasonable battery life, that’s a watch I will not buy.

Imagine having an electric car with an industry-average range on a single tank (~230 miles), but you can’t use the headlights, windscreen wipers, or radio. Oh, and that car is also wildly expensive. That’s the level of uselessness this watch represents. And that, of course, brings us to the other big problem with the Pixel Watch…

The Google Pixel Watch is not worth its price

Let’s entertain for a minute that you love the Pixel Watch. You love it so much that you’re willing to look past the poor battery life. You’re going to need to love it even more than that, though, because it’s going to cost you at least $350 to get it, which is just way too much.

For the sake of context, iPhone users can get a terrific value out of the Apple Watch SE 2, which starts at $249, a full $100 cheaper than the Pixel Watch. Even if iPhone users go all out on the brand new Apple Watch Series 8 they’ll only pay $50 more than the Pixel Watch at $399. Meanwhile, Android users have other Wear OS options like the Galaxy Watch 5 at $329 and the Fossil Gen 6 Wellness Edition at $299. Those two watches both have the latest version of Wear OS, so they will offer very similar experiences as compared to the Pixel Watch — albeit without the Fitbit integration — while having better battery life.

I tried to ignore these price discrepancies and worked on a way around the battery life limitations of the Pixel Watch. Briefly, I entertained the idea of owning two wearables. I do really love the way the Pixel Watch looks, but it can’t make it through my whole day and survive through a night of sleep tracking. But, if I put the Pixel Watch on a charger before I went to bed and put on a fitness tracker in its place to get my sleep data, that could work, right?

To fit the Pixel Watch into my life, I would need both it and a fitness tracker, which could push the combined price over the $450 mark.

I entertained the idea for a bit and then realized how silly I was being. Was I really considering adding more money to the already-too-high cost of the Pixel Watch just to make it fit into my life? Even if I got a relatively cheap fitness tracker, I’d still be spending over $400 just to make using the Pixel Watch feasible. And that’s if I go Wi-Fi-only. If I went for the Pixel Watch LTE model, I’d be pushing past the $450 mark combined with a decent tracker. That’s ridiculous.

Ultimately, the Pixel Watch is a hard no-buy for me. I can only hope Google fixes these problems in 2023. The Google Pixel Watch 2 better be a hell of a lot better than this or Google’s dreams of a full hardware ecosystem will be difficult to sustain.

The Pixel Watch is the first wearable with the Big G.

The Google Pixel Watch is a Wear OS-powered wearable that’s aiming to be the smartwatch for everyone. It has a robust app library, plenty of Fitbit-based health-tracking features, and a classy design.