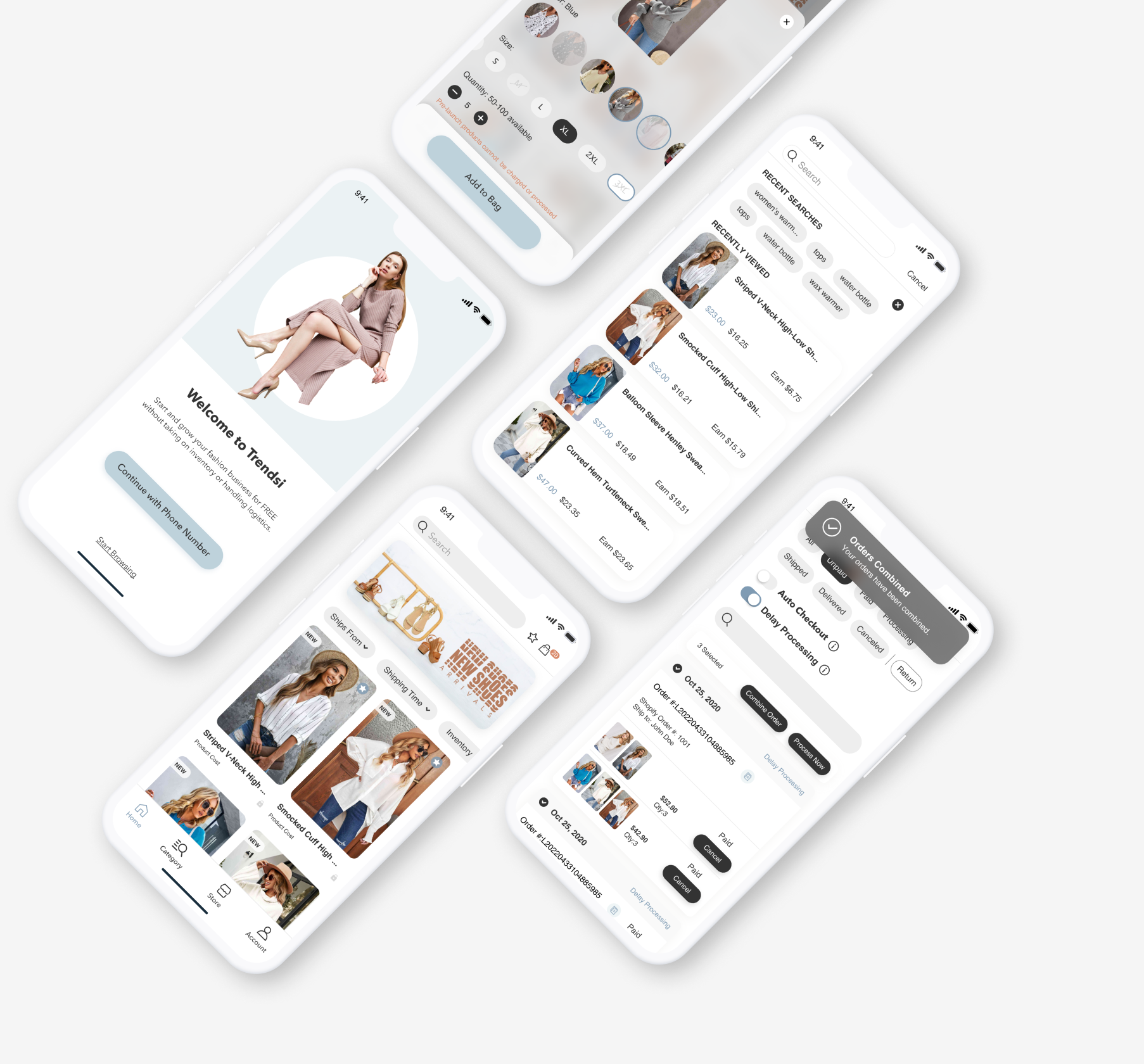 In the traditional business-to-business world, sellers often don’t know how much of a product they should order. Even at well-run companies, anywhere from 20% to 30% of inventory is either dead (i.e. doesn’t sell) or obsolete, according to one source. The impact on profitability can be quite severe. Dead stock costs sellers and manufacturers as much as 11% of their revenue, reports Katana, which develops raw material and bills of material tracking software.

Seeking to give sellers greater visibility over product demand, so they can make more informed decisions, Ella Zhang co-founded Trendsi, which connects sellers with suppliers while managing the back-end supply chain for its customer base. After gaining traction during the pandemic as many retail businesses made the risk-reducing pivot to selling goods directly to retail, rather than buying inventory, Trendsi has closed a $25 million Series A round that brings its total capital raised to $30 million.

“We are building a new platform that lowers the barrier for anyone to start selling online or offline,” Zhang told TechCrunch in an email interview. “With Trendsi … influencers, creators, and more can sell via social networks without worrying about sourcing products, managing warehouse, packaging and shipping, etc., so that they can focus on what they love: their brand and customers.”

Zhang came from the venture world, serving as an investment director at Kleiner Perkins after stints at Google, Tencent and Binance (where she founded the startup’s investment arm, Binance Labs). Zhang met Trendsi’s second co-founder, Sherwin Xia, while a postgrad at Stanford, where the two participated in the Stanford Startup Garage incubator. Xia was one of the first employees at e-scooter startup Lime and previously worked as an analyst at a16z (Andreessen Horowitz).

Zhang, Xia and Trendsi’s third co-founder, Maddie Davidson, sought with Trendsi to build a service that applies AI and machine learning to streamline tasks like inventory and sales forecasting. Using data collected on the platform and from third parties, Trendsi attempts to predict sales down to the SKU level, so that sellers can reduce excess inventory and ideally prevent out-of-stock issues. Beyond this, the platform taps sales and behavioral data to curate and recommend products to sellers.

Recently, Trendsi launched a feature it calls “just-in-time” manufacturing, which aims to help manufacturers quickly restock based on real-time sales data and predictions. “[This] allows retailers to only take minimum and no inventory risk by building our inventory and sales forecasting models and offering the drop-shipping service,” Zhang explained. “The original upfront risk of buying inventory is now shared among retailers, Trendsi platform and the manufacturers.”

Despite competition from inventory optimization startups like Flieber, Syrup Tech and Black Crow AI, business has been robust over the two years since Trendsi’s founding, Zhang claims, with new user growth up 10x year-over-year. (She declined to give a figure.) Over the next year, the company plans to expand its work with sellers and manufacturers in industries where it sees strong upward momentum, specifically home decor, accessories and makeup.

San Francisco-based Trendsi currently has 105 full-time employees and expects to hire 15 more by the end of the year.

Not all retailers are climbing aboard the AI train. Nearly half of respondents to a KPMG survey cited cybersecurity breaches and possible bias as their top concerns about the technology, while 75% said they believe AI is more “of hype than reality.”

But broadly speaking, AI in retail is a burgeoning category, with the vast majority of retailers participating in the survey saying their employees are prepared — and have the skills — for AI adoption. Retail business leaders expect AI will have the biggest impact in customer intelligence, inventory management and chatbots for customer service, creating a virtuous adoption-investment cycle in the coming years.