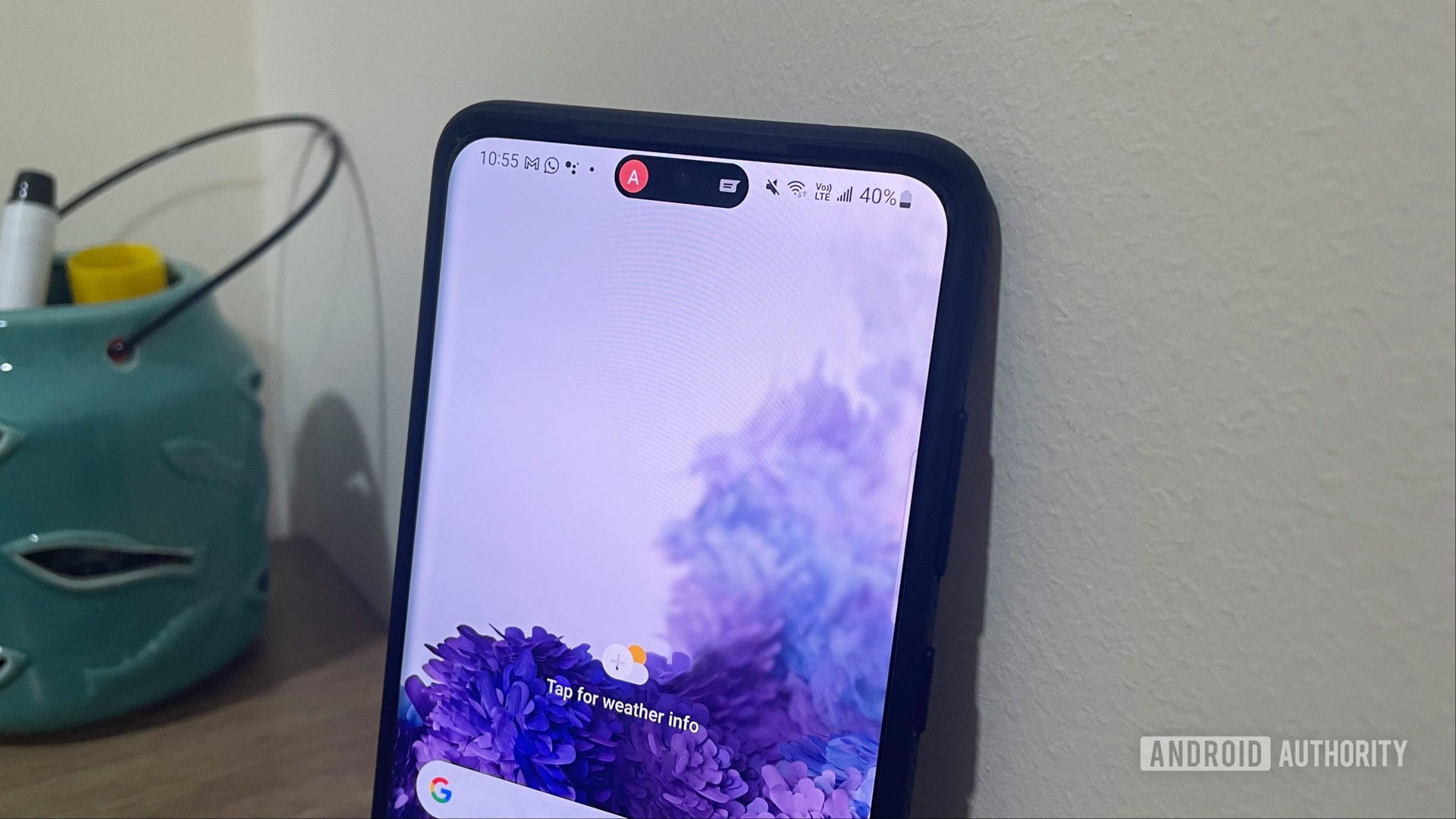 Want a Dynamic Island on your Android phone? Here’s how you can get it

Since Apple launched the iPhone 14 Pro models with a Dynamic Island to hide the front camera notch with information, developers have been busy trying to emulate the feature on Android phones. A MIUI developer previously managed to get a Dynamic Island working Xiaomi phones. Realme is also asking users if they want the feature. But if you can’t wait to try out Dynamic Island on your Android device, you can now do so thanks to an app called dynamicSpot by Jawomo (h/t XDA Developers).

The multitasking tool lets you access recent notifications or phone status changes through a floating island on the top of your screen. After the setup, dynamicSpot surrounds the front camera of your Android phone by default, but you can also alter the position of the floating bar to your liking. This might be helpful for those with larger phones.

We installed dynamicSpot on a Samsung Galaxy S20 Ultra, and it worked as intended. Yes, the animations aren’t as smooth as what Apple offers, but there are a bunch of customization options that allow you to choose what kind of notifications you can see, change the size of the island, and show two pop-up notifications at once when they come in. There’s a pro option for $4.99 that unlocks more functions and features, such as an option to see the dynamicSpot on the lock screen.

Keep in mind you have the give the app full accessibility controls when you set it up. That means the app can access and control everything on your phone screen. It can also track your interactions with apps or hardware sensors and interact with apps on your behalf. The developers maintain that they don’t collect user data and don’t share your information with any third parties.

So if you want a feel of Apple’s Dynamic Island on your Android device, go ahead and give this a whirl. Let us know what you think in the comments section below.