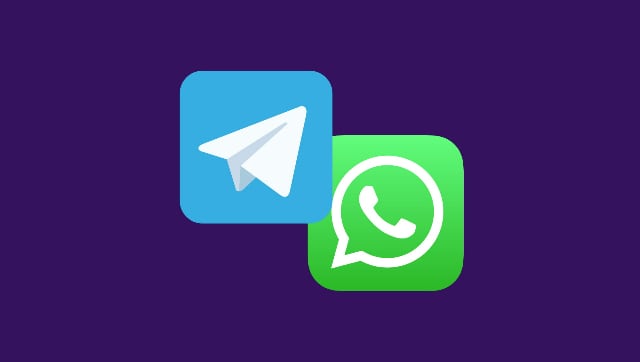 WhatsApp, one of the most popular IM apps in the world, which also boasts to have the most number of users, is a major security risk, says Pavel Durov, the founder of Telegram. Pavel claims that for the last 13 years, the messaging app WhatsApp has been nothing but a surveillance tool for prying eyes.

As convenient as some of the most popular apps have made our lives, they have also become one of the biggest security risks and threats to our privacy.

WhatsApp anyway had a coloured and sketchy history as far as private chats and our data was concerned. Ever since it was acquired by Facebook (now Meta) in 2014, people have been concerned about how Facebook would deal with our private data. Meta has been under fire for a long time for sharing our data not only with government agencies but to private players as well.

That is the reason why many other privacy and security focussed instant messaging apps, such as Telegram and Signal became so popular.

Telegram’s founder, billionaire Pavel Durov has warned that WhatsApp is a handy tool for surveillance and that people should immediately abandon the app unless they would want to get their phones hacked. Pavel has cited the recent security issue disclosed by WhatsApp that allows hackers to access user’s data through bugged videos.

Meta recently revealed that WhatsApp users can get hacked because of a vulnerability in their video downloading and playback, which hackers can use to get full access to just about everything that’s on the WhatsApp user’s phone. This not only includes your emails and photos, but also other communications, especially SMSes from your banks, and app data from your banking and payment apps. Telegram founder Pavel Durov claims that WhatsApp has been a surveillance tool for over 13 years.

WhatsApp has over 2 billion active users globally, whereas Telegram has over 700 million. Most of Telegram’s users came to the platform after WhatsApp was acquired by Facebook. Pavel says that he is not endorsing Telegram or asking people to switch.

The company has been one of the top 5 without even spending a dime on marketing. However, Pavel says users ought to stay away from WhatsApp since it’s been a surveillance tool for nearly 13 years. Users, says Pavel, should choose a better and much more secure option.